Florence graduated from the School of Pharmacy, University of Sunderland, UK with a PhD on “Synthesis of Novel Ellipticines as Molecular Probes and DNA Binders” Following Post-Doctoral Research at the Auckland Cancer Society Research Centre (ACSRC), New Zealand working on inhibitors of the Wee1 and Chk1 checkpoint kinases and the ErbB kinase inhibitor programme with successful patent registration he returned to Ireland where he is a Lecturer in the School of Chemistry at University College Cork. His research encompass the synthesis of new complex heterocyclic molecules for applications in the treatment of HIV and cancer.

Christophe has been a professor of organic chemistry at Université de Caen Basse-Normandie (CERMN) since 2007. He graduated from the Ecole Nationale Supérieure de Chimie de Mulhouse as a chemical engineer before commencing his PhD at Université de Caen Basse-Normandie which was followed by post-doctoral research at the University of Nottingham. His research is focused on new approaches to the treatment of Alzheimer’s disease and polypharmacology.

Susan gained her BPharm from the University of Nottingham and her PhD in Medicinal Chemistry, from the University of Bath in 1995 for a thesis entitled “Synthesis of Biodegradable Polymers for Delivery of Diagnostic Agents”. She gained Post-Doctoral experience at the Institute of Macromolecular Chemistry, Prague (Royal Society European Fellowship), Johannes Gutenberg Universität, Mainz and the Inorganic Chemistry Laboratory, Oxford before taking up the Kinerton Lectureship of Organic Chemistry at Trinity College, Dublin. She joined the University of East Anglia in April 2003 as Lecturer of Medicinal Chemistry and was promoted to Senior lecturer in 2008. Her research is focused on the interface between chemistry and biology and particularly on the use of supramolecular systems for drug and gene delivery and in novel antibacterial treatments.

Jean-Jacques is a faculty member of the SONAS research team in the Faculté de Pharmacie, Université d’Angers. His research is focussed on medicinal plants, phytochemistry and the chemistry of natural products. 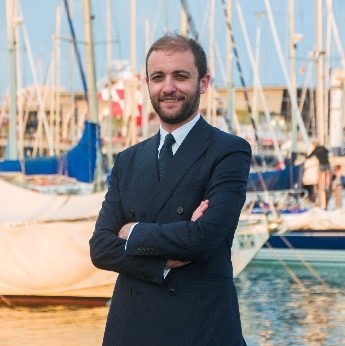 Vittorio Pace (born 1981) graduated in Pharmacy in 2005 from the University of Perugia (Italy) and subsequently, received the PhD in Chemical Sciences cum laude from the Complutense University of Madrid in 2010 working with Profs. Alcántara and Sinisterra. After postdoctoral training at Vienna (Prof. Holzer, 2010-2011), Manchester (Prof. Procter, 2011-2013) and Stockholm (Prof. Olofsson, 2013-2014), he obtained a group leader position at the University of Vienna in 2014. Since 2018 he is holder of a TT Professorship in Drug Synthesis at the University of Vienna. In 2016 he received the Habilitation in Pharmaceutical Chemistry from the University of Vienna and, in 2017 the Habilitation for Full Professor of Organic Chemistry from the Italian Ministry of University. Since March 2020 he moved to the University of Torino as Full Professor of Organic Chemistry. He received several awards including the Ciamician Medal of the Italian Chemical Society, the Caglioti Prize of the Accademia Nazionale dei Lincei, the Young Investigator Award of the Faculty of Life Sciences at Vienna, the La Roche-Hoffmann Prize of the European Society of Medicinal Chemistry, the Viennese Innitzer Award in 2017, the Habilitation Award of the Austrian Chemical Society in 2019 and the Thieme Journal Award in 2020. He published > 100 papers in peer reviewed journals and has a h index of 27. His research core is represented by the design and development of new chemoselective transformations with functionalized organolithiums

Niamh received her BSc(Pharm) and PhD degree from Trinity College Dublin, and subsequently was awarded a postdoctoral scholarship at University of Göteborg in Sweden to investigate the allergenic activity of epoxides and epoxy resins. Niamh returned to Ireland on a Government of Ireland Postdoctoral Research Fellowship at the School of Biochemistry & Immunology, TCD, working on ‘Cancer, Tubulin and Free Radicals: New Therapy’. Following a period as assistant lecturer at the School of Chemical and Pharmaceutical Sciences at Dublin Institute of Technology, she was appointed as assistant professor at the School of Pharmacy and Pharmaceutical Sciences at TCD in 2017.

Samuel graduated in Chemistry from the Ecole Nationale Supérieure de Chimie of Lille, France followed by a PhD in Medicinal Chemistry, supervised at the Université d’Angers, France. After a period working for Vegepolys (French competitive cluster, Angers, France), he moved in 2010 to the Ecole de Pharmacie Genève-Lausanne, Université de Genève, Switzerland, where he worked as a post-doctoral researcher on metabolomics and fungal natural product research. Since 2013, he is Assistant Professor at Laboratoire Mer Molécules Santé UFR des Sciences Pharmaceutiques et Biologiques Université de Nantes, France. His main field of interest is metabolomics approaches in fungal natural product and lipid drug discovery.

Shailesh received an MPharm (Hons) degree in 2003, and PhD in Pharmacy (Medicinal Chemistry) in 2009, from the University of Nottingham, UK. The focus of his PhD was “Structure-activity relationships of novel beta-1 adrenoceptor ligands”, under the supervision of Prof. Barrie Kellam and Prof. Stephen Hill and this work formed the basis of a Wellcome Trust Seeding Drug Discovery project focusing on the lead optimisation of new highly selective beta-blockers, which he continued to work on for three years as a post-doctoral research fellow. He subsequently spent two and a half years as a senior research fellow with Prof. Peter Scammells at the Monash Institute of Pharmaceutical Sciences (Melbourne, Australia) working on a variety of projects developing allosteric modulators for GPCRs.
He returned to Nottingham in 2014, after appointment as an Assistant Professor in Medicinal Chemistry, within the School of Pharmacy. His research continues in the chemical biology/drug discovery of ligands for a range of GPCR targets (including the beta adrenoceptors, dopamine D2 receptor, CXCR2, histamine H1 receptor, Mu opioid receptor). In addition to his research interests, he is the Course Director for both Postgraduate-Taught Masters programmes offered by the School.

Dr. Moreira (ORCID 0000-0001-6169-5035) is an Assistant Professor at the Faculty of Pharmacy, University of Coimbra, in Portugal. She is a pharmacist (University of Coimbra, 2003) and holds a doctoral degree in Pharmaceutical Chemistry from the same University, which she completed in 2008. In addition to Portugal, she has carried out her research at the University of Maryland School of Medicine in Baltimore, USA (2006-2007), at the University of Ferrara in Italy (2011), at the University of Helsinki in Finland (2012-2017) and at SIPBS in Scotland (2017-).
Dr. Moreira works in the field of organic & pharmaceutical chemistry, namely in compound design, synthesis and bioactivity testing, with emphasis on exploring the medicinal chemistry of diterpenoid-based compounds. Her research has attracted funding from several international sources including Business Finland (former TEKES), the Academy of Finland, the Magnus Ehrnrooth Foundation (FI), the Huonekalusäätiö (FI), the Portuguese Science and Technology Foundation (FCT, PT), the European Union (Seventh Framework Programme FP7), the Engineering and Physical Sciences Research Council (EPSRC, UK) and Tenovus Scotland (UK). Dr. Moreira holds the “Title of Docent” in Pharmaceutical Chemistry (Dosentti) since 2015, from the University of Helsinki in Finland, and is a Fellow of the Higher Education Academy (FHEA).