Florence graduated from the School of Pharmacy, University of Sunderland, UK with a PhD on “Synthesis of Novel Ellipticines as Molecular Probes and DNA Binders” Following Post-Doctoral Research at the Auckland Cancer Society Research Centre (ACSRC), New Zealand working on inhibitors of the Wee1 and Chk1 checkpoint kinases and the ErbB kinase inhibitor programme with successful patent registration he returned to Ireland where he is a Lecturer in the School of Chemistry at University Collage Cork. His research encompass the synthesis of new complex heterocyclic molecules for applications in the treatment of HIV and cancer.

Christophe has been a professor of organic chemistry at Université de Caen Basse-Normandie (CERMN) since 2007. He graduated from the Ecole Nationale Supérieure de Chimie de Mulhouse as a chemical engineer before commencing his PhD at Université de Caen Basse-Normandie which was followed by post-doctoral research at the University of Nottingham. His research is focused on new approaches to the treatment of Alzheimer’s disease and polypharmacology.

Susan gained her BPharm from the University of Nottingham and her PhD in Medicinal Chemistry, from the University of Bath in 1995 for a thesis entitled “Synthesis of Biodegradable Polymers for Delivery of Diagnostic Agents”. She gained Post-Doctoral experience at the Institute of Macromolecular Chemistry, Prague (Royal Society European Fellowship), Johannes Gutenberg Universität, Mainz and the Inorganic Chemistry Laboratory, Oxford before taking up the Kinerton Lectureship of Organic Chemistry at Trinity College, Dublin. She joined the University of East Anglia in April 2003 as Lecturer of Medicinal Chemistry and was promoted to Senior lecturer in 2008. Her research is focused on the interface between chemistry and biology and particularly on the use of supramolecular systems for drug and gene delivery and in novel antibacterial treatments.

Jean-Jacques is a faculty member of the SONAS research team in the Faculté de Pharmacie, Université d’Angers. His research is focussed on medicinal plants, phytochemistry and the chemistry of natural products.

Joachim studied biology at the Universität des Saarlandes, Saarbrücken, and obtained his doctoral degree in 1994 with a thesis on the structure and reaction mechanisms of bacterial ureases. He undertook post-doctoral work at the Max-Planck-Institute for Biology in Tübingen on a new family of secreted proteins: the autotransporters. He obtained his Habilitation from Universität des Saarlandes with a thesis on the evolutive design of drugs and bio¬catalysts by bacterial surface display and took an academic post at Heinrich-Heine-University, Düsseldorf. Since 2011, he is full professor (W3) and Chair for Pharmaceutical and Medicinal Chemistry at the Westfälische Wilhelms-Universität, Münster. His research mainly focusses on the application of “autodisplay”, a technology platform developed in his group, which is based on the autotransporter secretion mechanism. Current applications include the expression of human target enzymes for inhibitor testing, evolutive drug design by library expression and HT screening, biocatalytic synthesis of drugs and building blocks, as well as biosensor development by membrane technologies.

Niamh received her BSc(Pharm) and PhD degree from Trinity College Dublin, and subsequently was awarded a postdoctoral scholarship at University of Göteborg in Sweden to investigate the allergenic activity of epoxides and epoxy resins. Niamh returned to Ireland on a Government of Ireland Postdoctoral Research Fellowship at the School of Biochemistry & Immunology, TCD, working on ‘Cancer, Tubulin and Free Radicals: New Therapy’. Following a period as assistant lecturer at the School of Chemical and Pharmaceutical Sciences at Dublin Institute of Technology, she was appointed as assistant professor at the School of Pharmacy and Pharmaceutical Sciences at TCD in 2017. 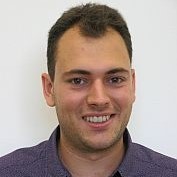 Samuel graduated in Chemistry from the Ecole Nationale Supérieure de Chimie of Lille, France followed by a PhD in Medicinal Chemistry, supervised at the Université d’Angers, France. After a period working for Vegepolys (French competitive cluster, Angers, France), he moved in 2010 to the Ecole de Pharmacie Genève-Lausanne, Université de Genève, Switzerland, where he worked as a post-doctoral researcher on metabolomics and fungal natural product research. Since 2013, he is Assistant Professor at Laboratoire Mer Molécules Santé UFR des Sciences Pharmaceutiques et Biologiques Université de Nantes, France. His main field of interest is metabolomics approaches in fungal natural product and lipid drug discovery.